The tools  for grilling have basically remained the same for thousands of years. In the beginning, the tools used were a sharpened stick that would have been partially or completely pushed through the carcass. The carcass would have most likely been laid on stone near the fire to cook. There would have been a stone knife used to cut the carcass into pieces after it had finished cooking. There may have been a crude bowl filled with aromatic herbs and spices used to pour a mixture over the carcass before and during cooking thus enhancing the flavor of the meat.

The Advancement of Tools

When mankind found that different stones(what we now call ore) could be melted and formed into a variety of different tools and weapons, cooking tools were among those created. He found that instead of a stone knife that one made from metal was far superior and could be used longer. He also made spoons, basically a length of metal that had one end flattened and part of the flat end had a depression in it that became the spoon. He made a skewer that would go all the way through a large animal that was cooked over a pit of hot coals for several days. Hooks were often used that could be placed on lengths of metal next to the fire which could hold ceramic bowls that were used to cook at lower temperatures than over the fire. Ladles were another tool which was used in cooking. Among some of the other tools made were the ash box, the chimney, and the shovel for the grilling area.

How the Iron Age Revolutionized Tools 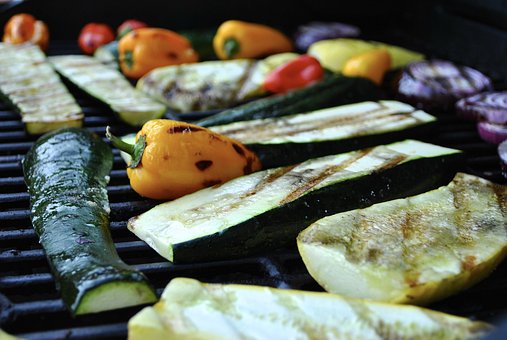 The Iron Age truly brought about changes in tool manufacture. Now there was a metal available that was not only harder but

was able to keep its shape longer. Brass, bronze and copper are soft metals that lose their shape and use much easier than iron. Also, iron was not as toxic as the aforementioned metals. With the advent of iron, the manufacture of tools was easier and the availability of the ore was more abundant. Craftsman were able to size tools down without losing the tools effectiveness of the tool. Now that iron is on the scene, craftsman were refining what would one day become household items into the forms that we still use today.

Cast iron cookware became popular and is still popular today for the grilling and camping enthusiast.
Some of the most popular cast iron cookware are the Dutch Oven, Griddle, and Skillet. Each of these can be used in the home or at the campsite. An example of using the Dutch Oven is to make bread. Put all of your ingredients together in the pot, cover the pot with hot coals and leave for the desired length of time for the bread or sweet treat to cook the rake the coals off to check for how well your bread cooked. If you have done everything right you will be amazed by the quality of your bread, you can easily become addicted by it. I normally use the Jiffy mix. Some people say that the only thing you can use a griddle for is frying bacon. I have used it for pancakes, hash browns, and fried potatoes. I place my griddle on two flat rocks next to a campfire(can be done on a grill as well) and do my cooking there. I also leave a spot for my coffee pot. Now I will admit, usi

Variety of Tools for Grilling

There are a variety of tools available today to the modern grillmaster. These tools are available from a variety of places. From your local grocer to large chain stores not to mention all the websites that offer tools in a range of style, color and price. Some of the tools are tongs ranging in price from $10.00 to $150. Spatulas that range from $8.00 to $50.00. Grills that range from $50.00 to thousands of dollars. Grills come in all shapes and sizes. It all depends upon what your tastes are and the size of your bank account. These prices do not account for the custom-made tools. Plus you have a variety of cookbooks available to you as well. There are videos on how to as well.

The Importance of knowing the History of Grilling

Ordinarily I do not care that much about history but, I found that once I started learning about the history of grilling I began to understand why we cooked the way we do. The use of modern cooking devices has made it more convenient to cook than we have ever had in the past but, we have lost almost lost the art of cooking the way we have cooked for centuries. That just made me more passionate for grilling and I will never give it up. The thrill and joy for grilling is something that I am trying to share will everyone. Everyone should be able to grill since it is human birthright. Grilling, barbecuing or roasting give us the flavors and textures that for the most part have been lost to the modern man because of the convenience of using modern cooking techniques for the sake of saving time. When you grill today you are actually rewarding yourself, family and/or guests with the flavors, smell, taste, and camaraderie
that otherwise have been lost. They become postmarks in time. Times of love, laughter, closeness and a longing for the days when you will be together again. Grilling gives you a unique opportunity to pass on your heritage to not only your children but to your grandchildren as well. The oneness that you gain with family and friends is a bond that cannot be broken easily. 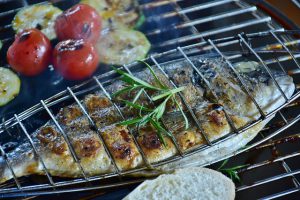 2 thoughts on “Tools for Grilling”