A Reason To Celebrate

My brother Larry and myself had a very good reason to celebrate. Larry had gone to the hospital to have an outpatient procedure done to determine if he had lung cancer. The tumors that had been detected two weeks earlier had shrank to the point the pathologist would not be able to do a biopsy after all. The pathologist and radiologist were both surprised since they had never seen a tumor shrink without medication or radiation. Larry and I both were overjoyed and thankful of this news. We decided to go out for seafood for dinner that night. 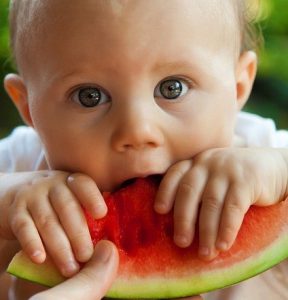 Larry entered seafood restaurants into his phone to find one close to his home. He got the directions for it and told me it would take about  twenty minutes drive time in Houston traffic. He followed the directions exactly and we turned into the driveway.

The restaurant seated around 400 hundred people and had a service staff of around 100. I thought since there were so many people that service would be mediocre at best. I was in for a huge shock. The service was outstanding.

We were in for a complete shock! As we went in to try to find a seat, Larry remarked to me that we were in the wrong restaurant. I was surprised since Larry does not make that kind of mistake. He asked if I wanted to stay or to go to the restaurant he had searched for. I told him that I preferred to stay since we were already there. We went to the Hostess and asked for a  table for two. We were expecting to wait for thirty minutes or longer after looking at the line in front of us. I was to find out later this was typical of a Wednesday night at “Pappasito’s Cantina”.

Starting with the Appetizer

For our appetizer, we had butterflied shrimp(prawns) stuffed with crab cakes. The stuffed shrimp was awesome. The shrimp was butterflied in the shell and them grilled. There was a lime based sauce to go with the shrimp. The sauce was paired perfectly to the shrimp. It was incredible. Normally, when shrimp are grilled in the shell there will be a part of it that is not completely cooked. It appeared that the style of cooking was based off  of the style common to that of the North Pacific Coast.

Larry and I ordered the grilled Atlantic Salmon. I have found that salmon can be easy to overcook. Our salmon arrived at our table less than ten minutes after our appetizer. I love grilled fish of any kind and could hardly wait to try the salmon from Pappasito’s. I was not disappointed with it. It was flavorful, flaky and hot. Most times when ordering fish in a busy restaurant, the fish is most often lukewarm at best.  This was literally right off the grill. There was a signature sauce that came with the salmon. The salmon was quite tasty alone but when you added the sauce with to it WOW. The sauce not only added to the flavor of the salmon but enhanced it as well.

I would have to say that my experience at “Pappasito’s Cantina” was one of the best dining experiences that I have ever had. The food was exceptional. The service was outstanding. The overall atmosphere was one where you not only enjoyed your mean but enjoyed the people around you. The restaurant was exceptionally clean for one of its size and caliber. I would rate this particular restaurant as 4.5 out of five.

I would recommend going to PAPPASITOS.com to find the one nearest your location. The do also take reservations.