There is little difference worldwide in grilling. The basics are the same high heat or low heat. The use of high heat is a style that is used in the United States more often than anywhere else in the world. Today, we are going to take a look at grilling in Mexico.

The seven regions of Mexico 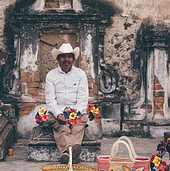 The first region that we will look at is The Northern Region. The northern region is adjacent to the United States with part of it being separated by the Rio Grande River. Northern Mexico is very similar to the Southwestern United States. During the summer it is dry and hot in most places, while during the winter it is cold or mild at best. There are mountains and valleys with cascading waterfalls. Since a great deal of it is on a large plateau, it was great for raising cattle, goats and sheep. Cattle was king as it was in the United States.
The Spanish brought wheat which they turned into flour. They showed the native population how to use wheat flour to make tortillas instead of the corn tortillas they had been used for centuries. The flour tortillas did not mold as easily as corn tortillas and so the flour tortillas were used more often.

There were times the Spanish were forced by drought or little rain to feed the cattle the pods from the mesquite tree and the cattle would drop the seeds in the perfect medium to start new trees.
There are rivers all across northern Mexico that made it easy to grow a variety of crops. These crops included tomatoes, chiles, onions and avocados. These are used to make some of the signature dishes for which Mexico is famous for salsa and guacamole. Mexico is home to thirty varieties of chiles.
Mesquite wood was the most available wood for cooking so the Mexicans incorporated it into their daily lives. Mexicans like people everywhere would cook what was most readily available.
One of the most common ways to grill in northern Mexico is al carbon which means over charcoal or wood. One of the most common dishes uses a 3/4″ chuck steak grilled over mesquite and combined with salsa and pico de gallo which marries the Mexican and Spanish dishes together perfectly.

The next region that we will look at is the North Pacific Coast. A dish that is well-known and popular is Shrimp Salad Alcapulco-Style. Cooked shrimp is chilled in a spicy tomato sauce and served with saltine crackers. Chayote squash is served as a side dish and was a favorite of the Aztecs.

The next region that we will take a quick look at is The Pacific South Coast. The Pacific South Coast has a large amount of mountains and deep valleys. The cuisine was little affected by Europeans.
The Mixtec and Zapotec kept most of their cooking traditions and are known for their seven varieties of mole and their version of mozzarella cheese.
Corn is another staple of the region. Black beans and chocolate are favorites of the native people. Tortillas are eaten at every meal.

Dishes of the South Pacific Coast are: Manchamanteles-tablecloth stainer. This mole is made from fruit and is baked and served with chicken or pork.

Enfrijoladas are corn tortillas dipped in black bean sauce and topped with queso fresco and creama.

Tamales cooked in banana leaves instead of corn husks.

Mexican Hot Chocolate where the chocolate is from Mayordomo.

Mexcal is a form of tequila made from several different types of agave(cactus). Over 90percent is from the type of agave found in Oaxacan. The agave pinas are worked in a pit to give it a smoky flavor. The United States is the largest importer of Mexcal.

Queso Oaxacan is a stretchy mild cheese found in chile releno and empanadas.

The Bajio is the next region that we will briefly explore.
The Bajio is situated south of Northern Mexico, The North Pacific Coast and north of the Pacific South Coast and Central Mexico and east of The Gulf. It has beautiful mountains breathtaking waterfalls and lush, fertile land. Along the pacific coast are beautiful sights filled with mountains on one side and the pacific ocean on the other side.
Empanadas are corn turnovers filled with poblano peppers and Oaxaca cheese.

Carnitas originated in Michoacan. Carnitas are similar to pulled pork in the United States. The biggest difference is the seasonings that are used. In the Bajio, green chiles, onion, garlic and fresh squeezed lime juice are the main seasonings while in the United States a dry rub is used consisting of a variety of spices. Both are cooked 8 to 9 hours and are pull apart tender when done.

Pozole is a hominy stew. There are two types of pozole. Sopa Verde is a type of hominy stew made with tomatillos, sorrel, serrano Chile, and pumpkin seed. The other type of pozole rojo which is made with chile, spices and pork.

The next region that we will touch upon is The South. The South contains the Yucatan peninsula and acts as a barrier between the Caribbean sea and the Gulf of Mexico. The cuisine of the South is a blend of Mayan, Caribbean, and several Mid-Eastern countries. Achiote is the dominant spice of the region.

Some of the dishes of the South are Percad en Macun, which is to say salmon rubbed with achiote layered with tomato, onion, and chile dulce cooked in a banana leaf and served with morisqueta rice and plaintains.

Chiltomate is a habanero and tomato salsa which is typical Yucatan food.

The next region that we are going to explore a bit is The Gulf. This area is strongly influenced by the Spanish and Afro-Caribbean cultures. One of the biggest influences came from the Europeans when they brought parsley, thyme, bay leaf, cilantro and mayora. They also brought rice, citrus fruit and pineapple.

Some of the more popular dishes include Ceviche Gulf-Style which happens to be rock cod cooked in lime juice and served with a sweet spicy red sauce.

Sopa de Mariscos is a spicy seafood stew that has rockfish, shrimp, mussels and clams. The main spices in this stew are saffron, chiles and tomatoes.

The next region we are going to explore is Central Mexico which includes Mexico City. The food of Mexico City is from around the world. You can find street vendors everywhere selling their wares.
Some of the more popular dishes include Mexican-Style Tortas. This is a street favorite made from a thick slice of queso fresco with tomatoes, avacado, jalapenos and lettuce.

Chicken Torta which is served on a bread roll. It is covered with thinly pounded chicken breasts, smashed beans, avacado, jalapenos and lettuce.

There are several more that we will explore at a later date.
There is one thing that is common with most of the foods described here. Most of the meat is grilled slowly to the perfect tenderness. There is a device that is handed down from one generation to the next which is called a comal. It is slightly larger than a tortilla and is used to grill meats in a hurry.