Where it all Began

In the year 1500, Pedro Alvares Cabral claimed the area for the Portuguese Empire. Brazil is the largest Portuguese-speaking country in the world. Officially, today it is called The Federative Republic of Brazil. It is the largest country in both Latin and South America covering 3.2 million miles and has a population of 208 million people. The capital of Brazil is Brasilia and the most populated city is Sao Paulo. The official language is Portuguese.

It is one of the most multicultural countries in the world due to a century of immigration. It has immigrants from Portugal, Spain, Germany, Italy, Hungary, Jews, Angola and many more. This had a tremendous impact on the way Brazil developed as a nation. Having so many diverse cultures, it has been difficult to govern them all effectively. This led to many decades of military rule.

One thing all of the immigrants had in common was their love of beef. The “gauchos”(cowboy) learned from a tribe called the Tupe-Guarani was to use a stick as a skewer to cook their meat over an open flame. The gauchos would put their meat on the horses neck to season it for the evening meal. The Brazilians still love their meat a little salty to this day. Churrasco was born in Brazil and is a favorite way to grill meat to this day.

The Development of the Churrasco 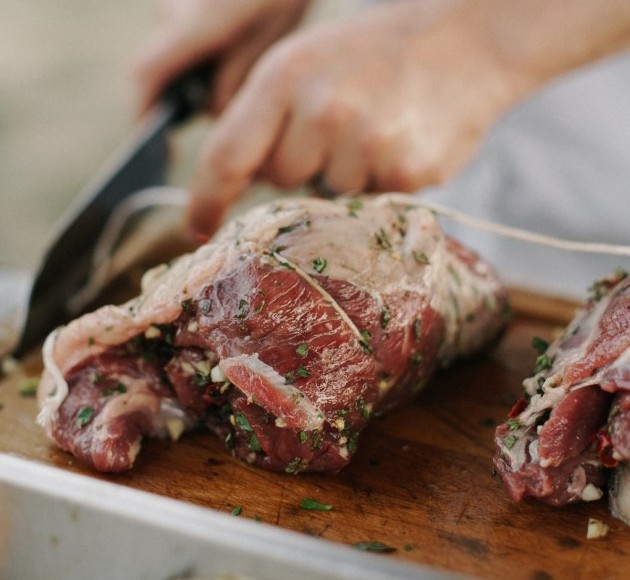 When the Portuguese first started colonizing Brazil, near the pampas(grasslands), they observed the semi-nomadic tribes of that are using sticks to cook their meat next to the campfire. They realized how much more efficient this manner of cooking was. The gauchos needed to be able to carry their food with them since they were following large herds of cattle across the grasslands and this was a quick, easy solution for them. They taught this manner of cooking to the cooks for the large ranches. It made it easier to feed large numbers of people this way and was thought of as a way to entertain for special occasions.

Another thing that brought about the popularity of churrasco was finding gold in Brazil in 1690. The miners adopted this manner of cooking since they would be far from home while they mined. Brazil had one of the largest finds of gold in the Americas. The bandeirantes(explorers) often of mixed heritage would organize into small groups and go into the interior of Brazil looking for gold and indigenous people to enslave for work in the mines and for selling later for a profit. They too adopted the same manner of cooking for its efficiency and the delicious taste of finely cooked meat.

The method of the churrasco was catching on quickly and in a short time was the preffered method of cooking a large amount of meat. Simply put, they observed and learned from people native to the area a better way to cook meat. There was rarely any waste because of the manner in which it was cut. There was little waste because there was little fat to throw away and the hides were used as leather in various forms.

Brazil The Home of the Churrasco 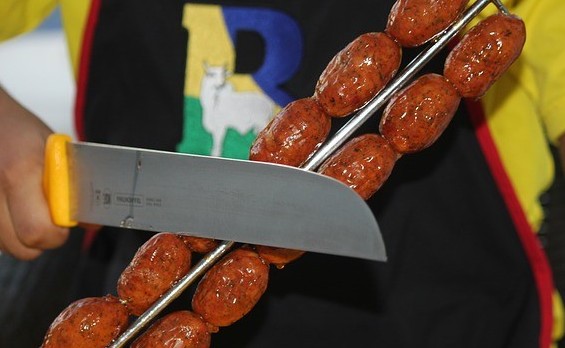 Just exactly what is churrasco? Churrasco is the art of cooking meat on a skewer. The skewers look to be the size of small swords and can handle large weights of meat. The meat traditionally has one seasoning on it when it is cooked and that is the equivalent of north american rock salt used to make ice cream with. The reason such a coarse salt is used is to have it act as another cooking surface.

The most common method of cooking the picanha is to form it into a C and push it onto a large skewer, season with coarse salt(rock salt) and place it on the grill. You need to have a very hot grill.

One of the favorite meats to use in the churrasco is the picanha. The picanha is a triangular piece of meat cut from the rump of the beef. In the United States it is known as the “rump cut” or top sirloin. You must be sure to get a piece that has a good fatcap on it to enhance the flavor of the meat. The best results come when you make several criss-cross cuts on the fatback. This enables the juices from the fatback the opportunity to tenderize the meat that is cooking on the inside. Everyone has a different desired doneness to their meat ( rare, medium-rare, medium, medium-well and well-done). As the picanha is cooked, the server will come to your table and slice it off for you to put on your plate. The remainder will be returned to the grill to be re seasoned and re grilled. This manner of grilling makes it possible for everyone to get the doneness they desire and to avoid wasting any of the picanha. Another method of grilling the picanha is to sear both sides, cut into steaks and finish grilling. 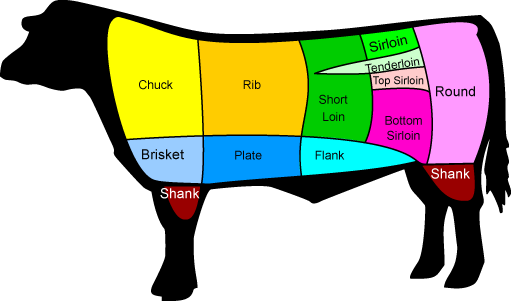 The above chart on the left illustrates the cuts of beef that are popular in Brazil while the cuts on the right illustrate the most popular cuts in the United States. I have found that the best way to get the best results for various recipes is to start with the right cut of meat or meats. You may have to take a copy of the butchers chart with you to your specialty shop in order to get the right cut of meat for your celebration. At first, I had difficulty finding the right cut of meat in our local grocery store market. I looked at the specialty shops without any luck and decided that I must not be communicating properly since I did not grow up speaking butcher. I decided to take a butchers chart with me that showed Brazilian cuts and that solved my problem on the cut. I had read all of the descriptions on how to grill the picanha and so I set off to try to duplicate what they did in Brazil. What a flavorful treat it was. The Brazilians certainly know how to do picanha. It is absolutely delicious. I hope this YouTube video will help you enjoy the deliciousness of the picanha.